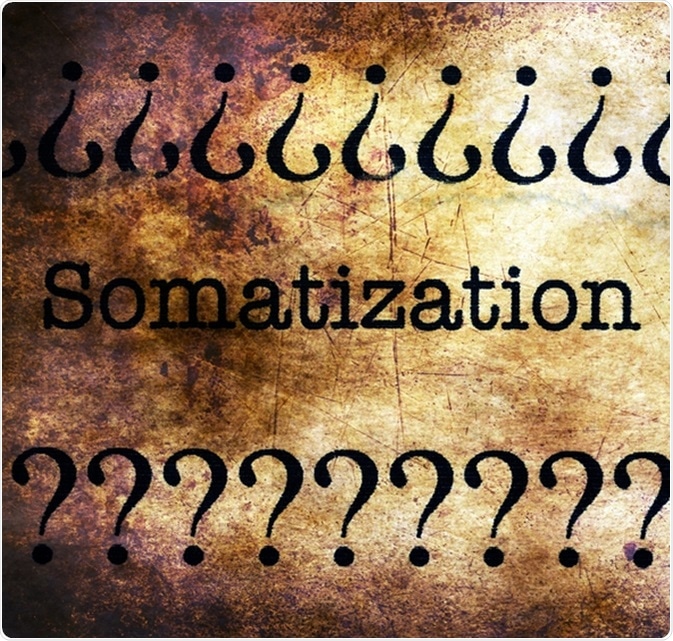 Somatization disorder is a syndrome described by diagnostic criteria found in DSM-IV, the current diagnostic and statistical manual published by the American Psychiatric Association. I practiced psychiatry for 20 years and had the opportunity to evaluate and follow over many years patients with this disorder. Many patients with CFS argue that this is an illness that is invented by psychiatrists. They are partly right. The illness has quite narrow criteria. The problem is that many doctors broaden the definition to include many CFS patients thereby harming them. The patients are justifiably angry. To make matters worse, some of the doctors who do this write scholarly books to support their position. Generally, the books are very intellectual but not very mindful.

I could take the position that the illnesses doesn’t exist, but that would be negating my experience. I saw a lady once with hysterical paralysis of her limbs. A skillful neurologist can easily tell the difference between paralysis caused by nerve damage and hysterical paralysis. I could write a book about my many experiences and distinguishing diagnostic features. The doctor must ask very specific questions in order to make the diagnosis. In addition to applying the DSM IV criteria, I used the Perley-Guze checklist as a refinement. In evaluating over a thousand patients, I found that usually patients with somatization disorder were positive for 25 to 35 questions on the list, while patients with CFS or fibromyalgia (FM) were positive for 4 to 8 questions.

If you have chronic fatigue syndrome (CFS) or fibromyalgia, (FMS), there are many tests, some of which can be performed at no cost in an enlightened doctors office, that can prove that a physiological basis exists for your illness. For example, lie down for ten minutes and have the doctor take your pulse. Then stand up for ten minutes and have your doctor take your pulse again. If it goes up more than twenty five points, you have postural orthostatic tachycardia syndrome. You want an impressive name? You’ve got it. You’re not a “somatisizer.” Have your doctor do a mental status examination, including short term memory and word finding skills. Do you have brain fog? He should pick it up. Now you also have encephalopathy.

DSM-IV states that for a symptom to qualify for somatization disorder, it has to be without medical explanation. This site has a lot of tests that can be ordered, but if you have no money, health care coverage, or a restrictive HMO, the above tests should suffice. The problem is finding a mindful doctor. Why are so many doctors mindless? Go here to find out. You need to shop and shop and don’t give up.

Somatization disorder (SD) can generally be easily distinguished from CFS and FMS by a competent evaluator. This situation arises in disability evaluations where there is discrimination against psychiatric conditions. Some evaluators will refer to patients as “somatisizing,” which has the effect of demeaning the patient. Generally patients with SD do not bring in a list of symptoms. In fact, this diagnosis is usually missed because the patients are more concerned with their social problems than with their symptoms. I have never seen a case of SD in which there was not a significant personality disorder. A personality disorder is a marked, persistent aberration in thinking and/or feeling that causes the individual to have difficulty in relating to others and adapting to his environment. Generally, the personality disorder is more disabling than the physical symptoms. Ninety-five percent of SD patients are women. They usually have a strong attachment to a male figure, which can be a friend, husband or even a son. When this relationship is disturbed, one or more of their principal psychiatric symptoms such as depression, anxiety, fears, panic disorder, etc. gets worse. The patients are very feeling oriented and relate best on a one-to-one feeling level. Although they have a history of numerous physical symptoms, they generally don’t reveal them, or only a few of them unless they are asked.

Patients with SD have the highest incidence of suicide attempts by far, but not the highest incidence of deaths by suicide. Usually the suicide attempts are overdoses of medications. They are often seen in emergency rooms after an overdose associated with a disruption in the relationship with the significant male. Patients with SD may be attractive, flirtatious, and seek male attention. They are not likely to have an interest in mathematics, science, or traditional male pursuits. They frequently have difficulty relating to other women. You may think after reading this that you do have somatization disorder. It is BOTH mental and physical. It is not your fault. The brain is an organ of the body. The mind and the body are inextricably interconnected. The origin of this disorder is at least partly biological.

If you have CFS or FMS and are concerned that this issue may come up in a disability evaluation, you should anticipate this and have your healthcare professional address this issue in his report. He should make a statement that SD was considered, but ruled out, giving his reasons. You are at a strong disadvantage if you go into a disability evaluation without good medical records.